Why does the lithium battery capacity decrease? 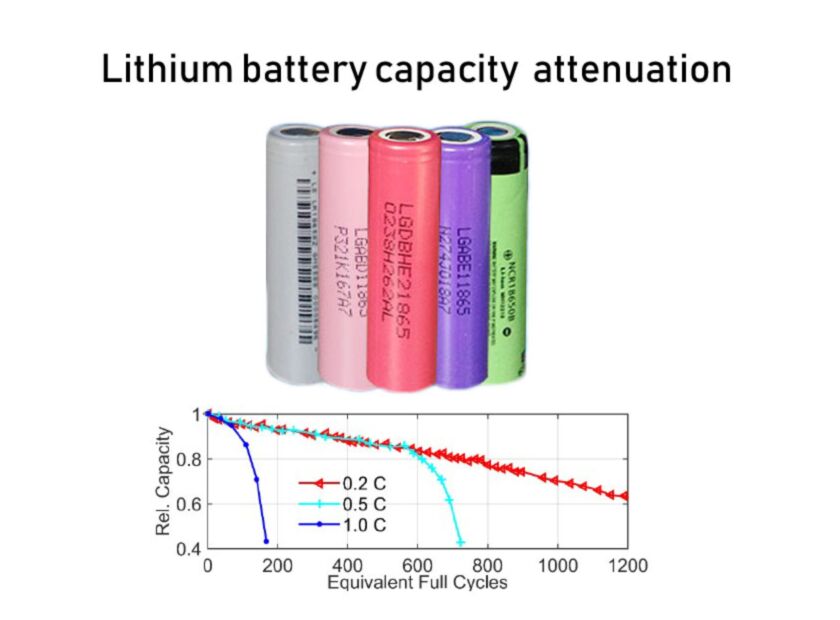 The lithium-ion battery works on ion movement between the positive and negative electrodes. In theory, such a mechanism should work forever, but the fact is that the battery capacity is decreased over time.

What causes the battery capacity decrease?

First, the structural changes in the positive electrode material

The positive electrode material is the main source of lithium ions battery. When lithium ions are removed from the positive electrode, the metal element is inevitably oxidized to a high oxidation state in order to maintain the material's electrical neutral state, which is accompanied by a component transition that results in phase transitions and changes in bulk structure. The phase transition of the electrode material can cause changes in lattice parameters and lattice mismatch, and the induced stress caused by the induced grain breaks and causes the propagation of cracks, causing mechanical damage to the structure of the material, thereby causing electrochemical performance degradation.

Since Li+  and Ni2+ have similar ionic radii, nickel-rich materials are more likely to migrate from Ni2+ to Li+ holes, resulting in structural disorder; repeated changes in volume lead to cracking of active materials. And pores, as the cycle progresses, the material structure gradually changes from a rhombohedral structure to a spinel phase, and the intense changes in structure at the beginning of the cycle lead to rapid decline in capacity and voltage.

When lithium batteries are working, changes in graphite structure can also cause battery capacity to drop. Although the carbon material maintains the morphology of the graphite after the circulations, the half-height of the crystal plane becomes larger, resulting in the crystal structure changes and cracks in the carbon material, thereby destroying the surface of the negative electrode. The SEI membrane excessively consumes the active lithium, thus causing irreversible capacity decay of the battery.

Third, the oxidative decomposition and reaction of the electrolyte

The properties of the electrolyte affect the specific capacity, life, rate, charge and discharge performance, operating temperature range and safety performance of the lithium-ion battery. The electrolyte mainly includes three parts: solvent, electrolyte, and additive. Decomposition and side reactions of the solvent and electrolyte, resulting in the loss of battery capacity.  No matter what kind of positive and negative materials are used, the decomposition of the electrolyte and the reaction with the positive and negative materials in the recycling of the lithium battery will cause a decrease in capacity.

(1) Lithium battery overcharge and over discharge

It is found that when the SOC (state of charge) is 120% or less, there is no obvious capacity loss. When the SOC is greater than 120%, lithium deposition begins to occur in the negative electrode, and the impedance becomes larger and the active lithium will be lost due to the formation of a thicker SEI ( Solid electrolyte interphase ). At a too high SOC, the decomposition rate of the electrolyte is faster and form a thick deposit layer that (CH2OCO2Li)2 and Li2CO3 cannot participate in the reversible reaction after the graphite anode is deposited.

In addition, a over-rate charge and discharge will also cause lithium battery capacity loss. Because the positive and negative electrodes will undergo volume shrinkage and expansion during charging and discharging, and the larger the charge and discharge current, the more severe the shrinkage expansion, the greater the stress, and thus the positive and negative particles are more susceptible to cracking or stripping from the current collector, resulting in faster cycle decay.

At lower temperature (such as -10 °C), the viscosity of the electrolyte increases, the ion conduction velocity becomes slower, and the electron migration velocity of the external circuit does not match, the battery is severely polarized, and the charge and discharge capacity is drastically reduced. In particular, in the case of low-temperature charging, Li+ which migrates from the positive electrode is less likely to be embedded in the carbon layer of the negative electrode, and lithium metal crystals are formed at the negative electrode terminal, resulting in a decrease in the battery capacity.