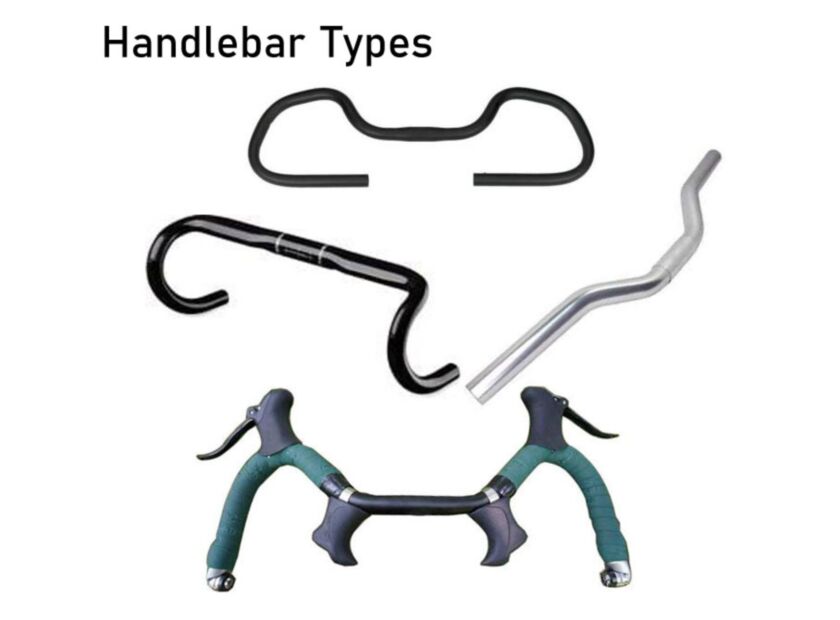 Drop bars are generally narrower than flat bars and give the rider multiple hand positions to reduce the upper body fatigue in a long period of riding, as well as the ability to "tuck" forward, decreasing wind drag.

There are two kinds of drop bars, one for a road bike, the other for track. Comparing to the road bike drop bars, the track bike drop bars bend quickly from the center of the handlebar to the lower handlebar. Because in the track bike competition, the distance is much shorter than the road bike, the biker does not need more position, but as far as possible to lie down to reduce wind resistance.

The simplest kind of handlebar, these are a straight bar with grips on the end. Flat bars were traditionally only used by cross-country riders but now you see them in a more general application. 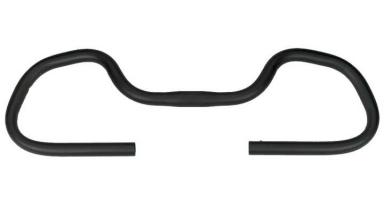 Often used for long distance touring bikes where comfort through being able to use different riding positions is essential. 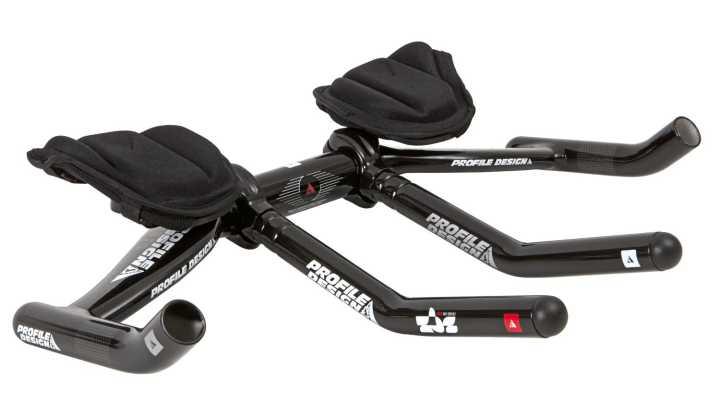 originating from triathlon, but now seen in almost any time trial situation where the racer is alone and not able to ride in a group.

The pros of the design are to promote a static, streamlined position, where the rider cannot easily move but will remain in an aerodynamically advantageous position, thus resulting in a faster ride.

The cons are that this design is often uncomfortable for extended periods. When used on a bike that is then ridden in a group, it can be dangerous, as coming off the bars to use the brakes takes time, and some designs present what is effectively a couple of spikes to the front, which could make a collision with a softer target a worse outcome.

Tri-bars can be 'standalone' bars or installed as an add-on to normal bars. Gear shifters can also be added to allow riders to remain in position while changing gear.

They place bikers in a more upright position than completely flat bars, might be better for mountain-bike. 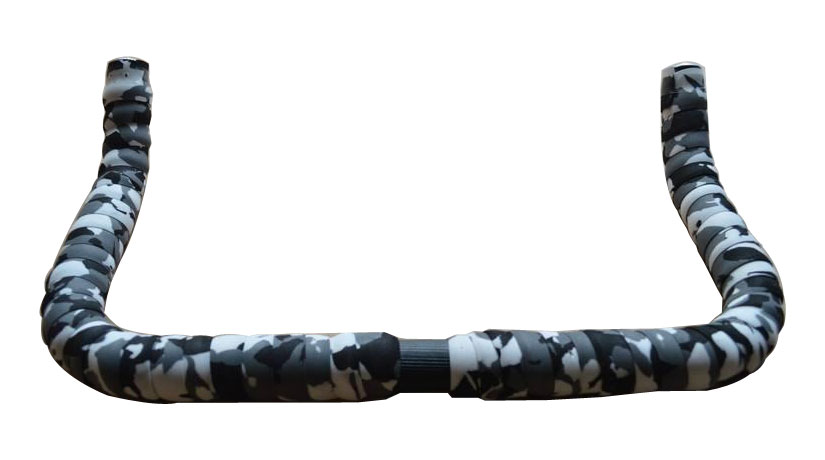 Some find them quite comfortable, and they allow a lot of different positions- lie down or upright. They are suitable for racing or leisure.

They are common on cruiser bikes and some comfort bikes, allow the rider to sit upright on a bike while holding the bars. They sweep back towards the rider, with grips that point more towards the back than to the sides. 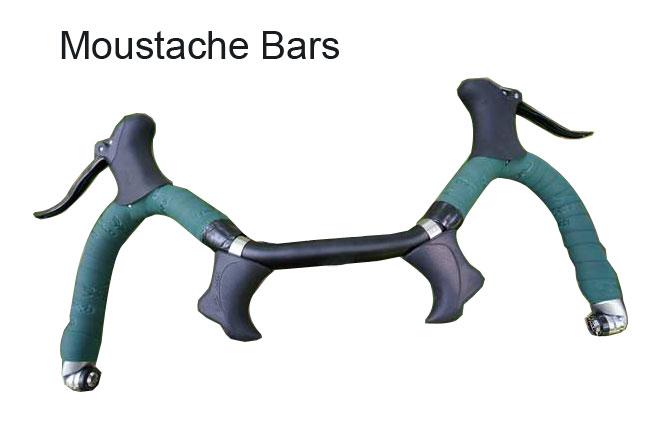 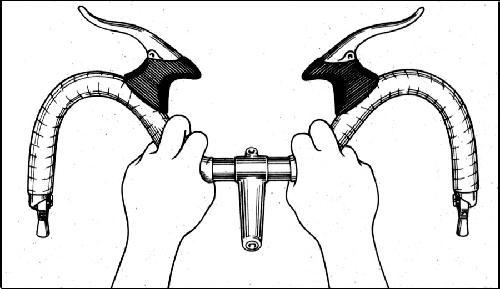 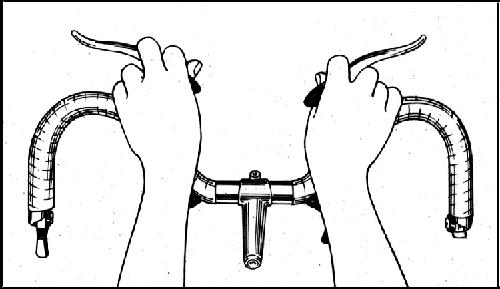 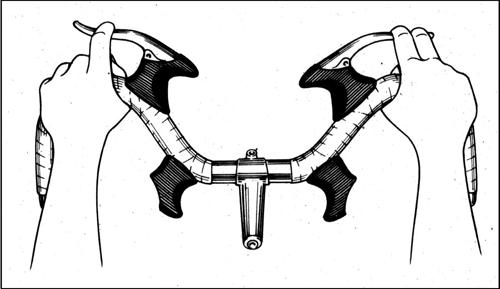